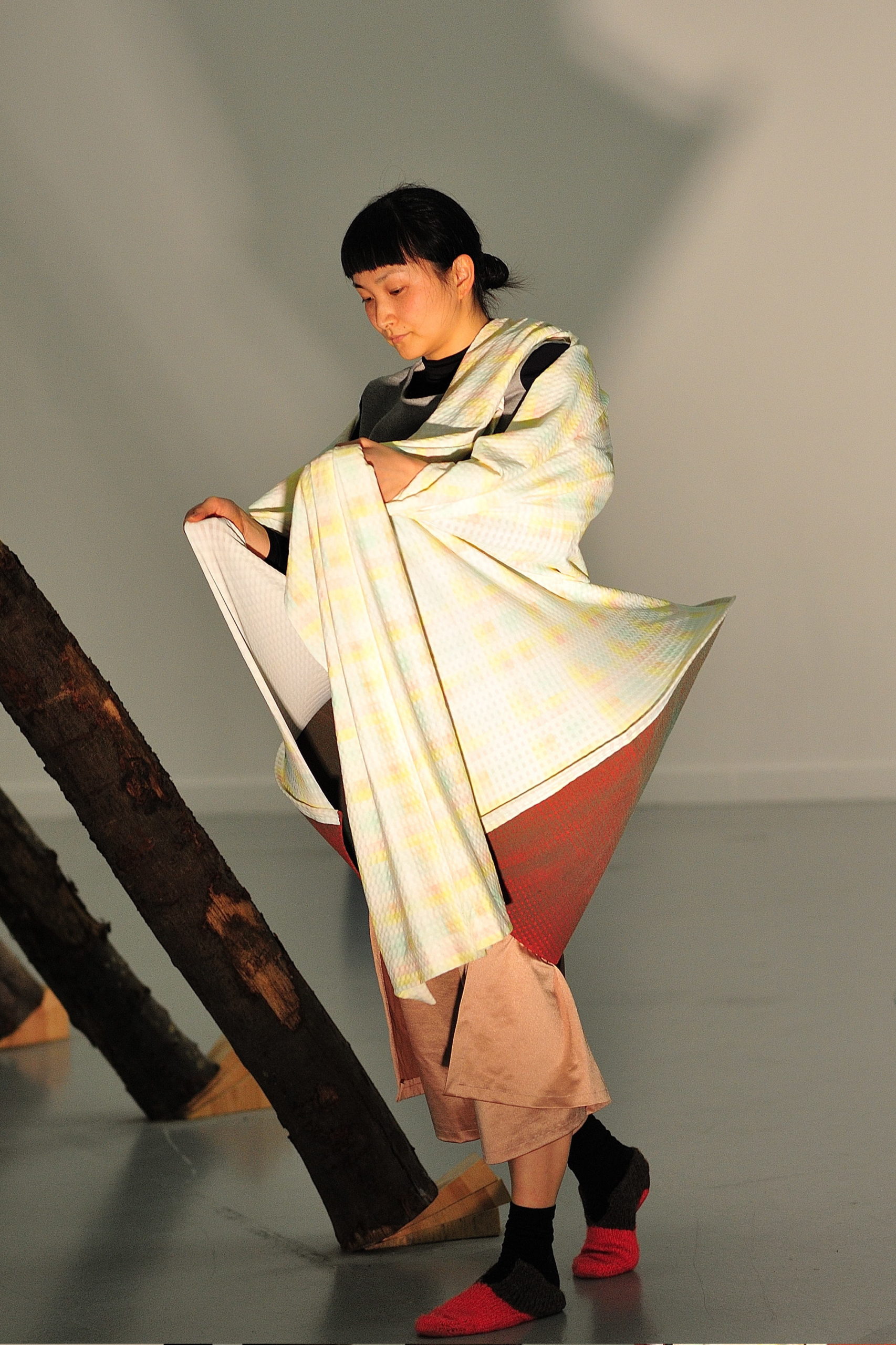 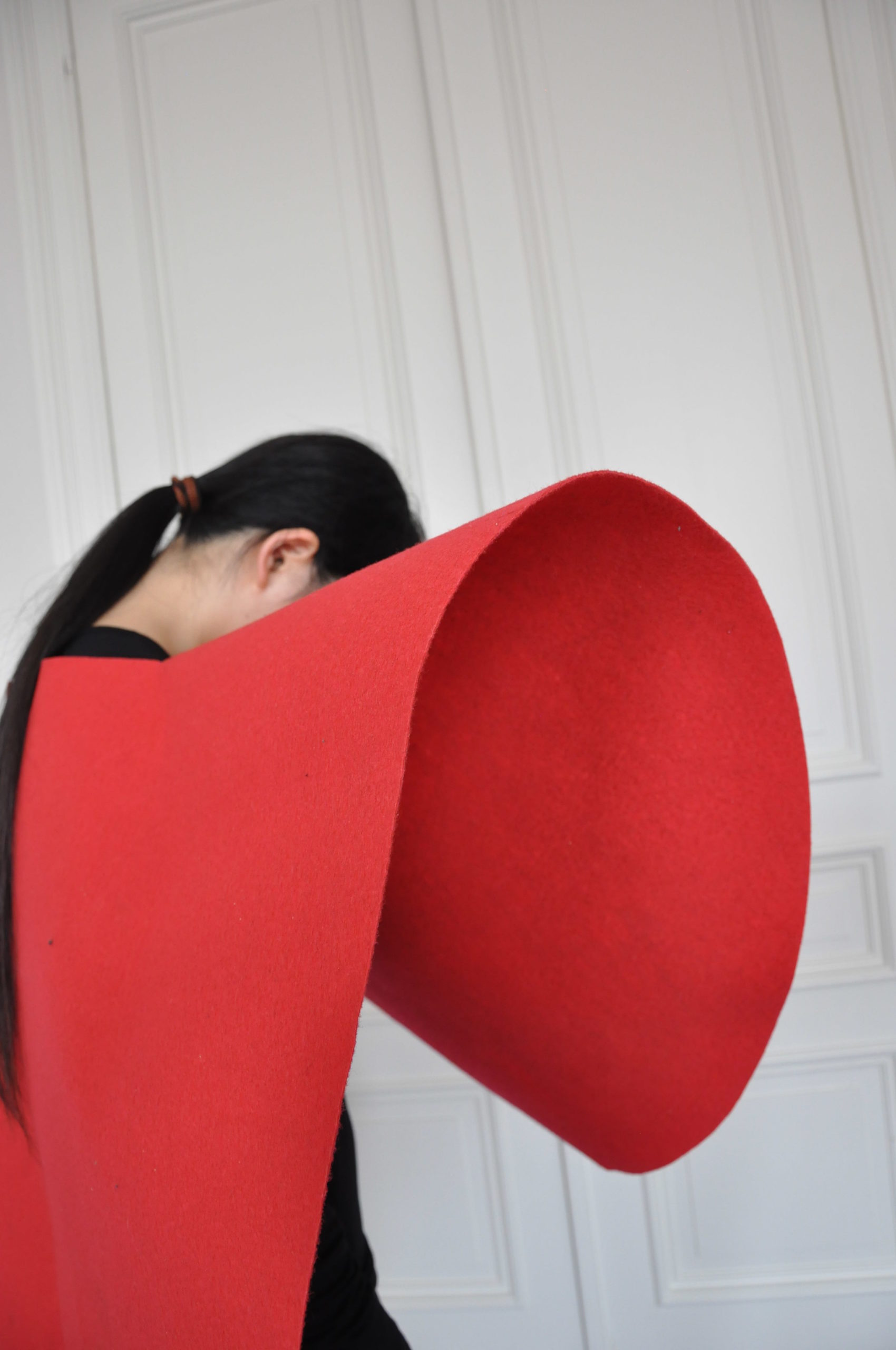 Récréation is a collaboration between Virginie Moly (visual artist) and Yumi Osanai (choreographer, dancer) and the completion of the research around textile pieces and their potential appeal to the performing arts. Think about the gestures made by a child while playing in her mother’s dress, the blossoming of the fabric when she twirls around.

First my shouders were too little, I took more space and grew larger.
I wished I could shrink – crawl to hide – and nobody could catch me!
I played around; wiggling I started to shine;
He was still the prettiest, but also the one I feared most;
I took my courage in my hands and slipped it on.
It was a bit large and I stumbled over it but I found many hiding places.
Someone is knokking at the door
Inspired by Grimm Brother’s tale, Goldilocks and the Three Bears

When we were children we were playful with the meaning of things. We would see materials and find funny shapes, textures, moments of transition. ‘Récréation’ is a performance that plays around with posibilities and might take you back to your childhood, it might let your imagination grow free once more! The materials, body movements and environment absorbe the space that now seems absent. The bounaries get blurred…