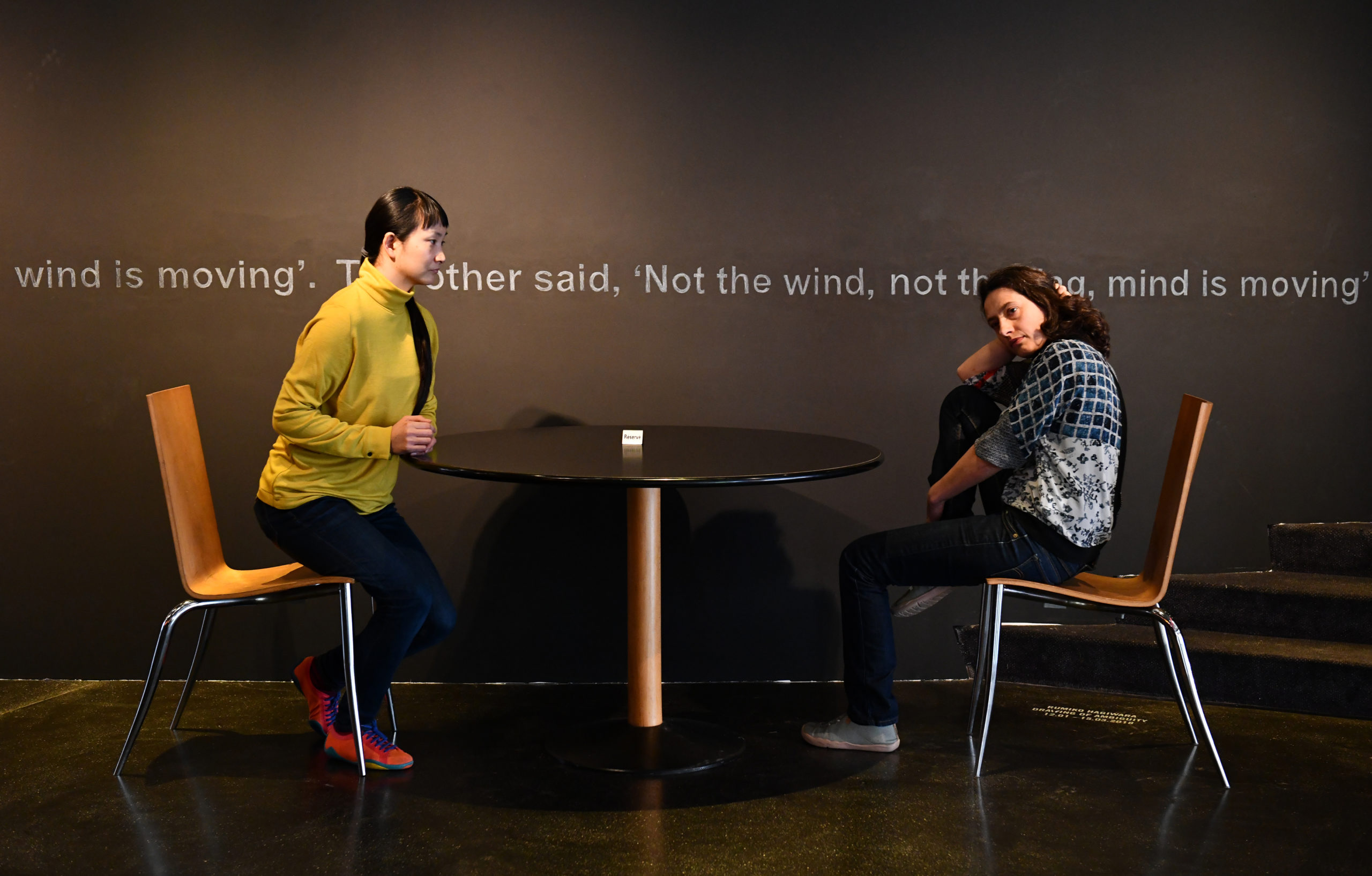 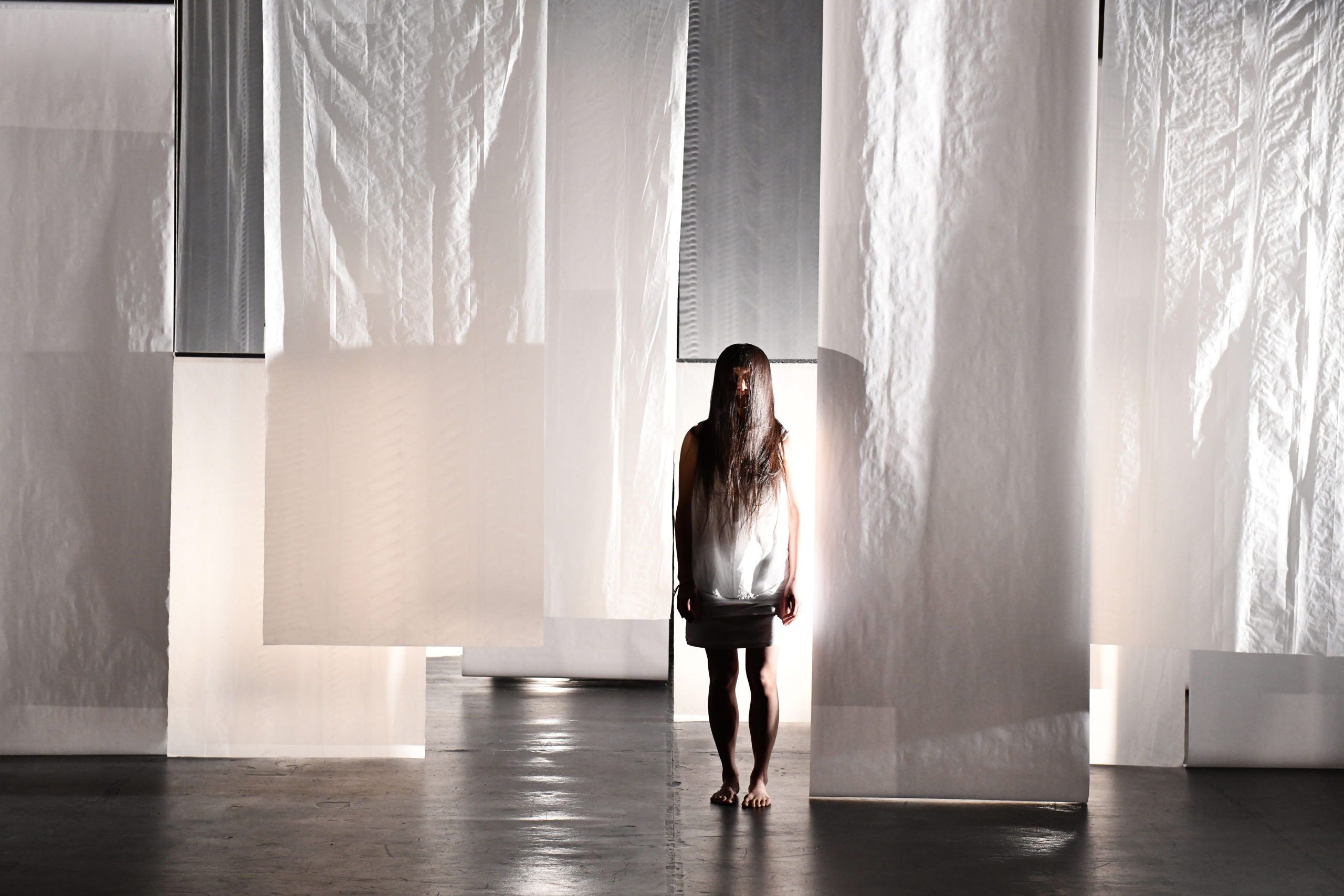 Yumi and Boriana are interested in the different rhythms of language, habit, gesture, movement, emotion and life that people have. We think each of these rhythms has a “pulsation”, which formed when we were born and have been influenced by the experiences of childhood.

We focused on these visible and invisible rhythms that are rooted in us. As a starting point, we made a score of the rhythm of two poems: “Kogiku” by Tomihiro Hoshino and “Dve Houbavi Otchi” by Peyo Yavorov. This score of rhythm has been transposed into gesture, movement, sound, and a visual installation on stage. In the process of transposing, we noticed that inevitably, these elements got twisted or didn’t follow the score anymore. We didn’t modify these differences because we believed that it was a natural order.

In this piece, there are only two performers and one musician, but if you listen carefully, the rhythm of the three people vibrates the performance space. By having a very large number of vibrations together, a certain kind of silence is born.